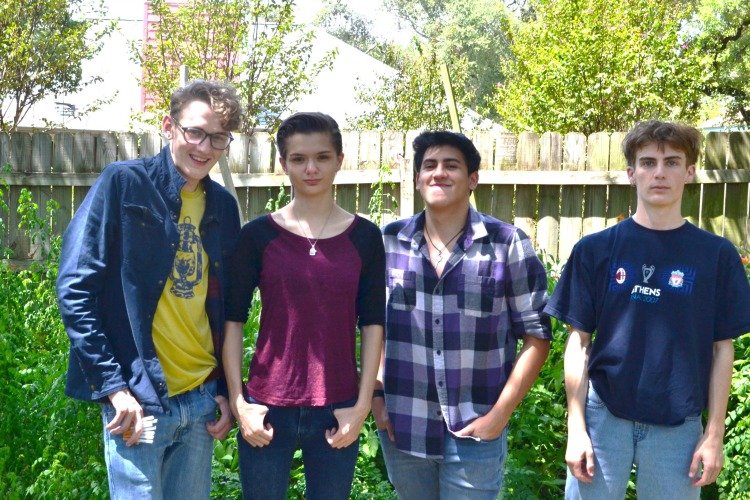 The Milk Theory Band was formed in June of 2015 by four high school friends from San Antonio, Texas.  It has the Texas music pedigree – original music, great arrangements and an amazing lead singer – Brisa Shaw.

Their stated goal is “to foster a unique musical style and honest approach to life as a band.”

They started playing in high school, then moved on to the local music scene in San Antonio, playing as they state “with excitement and fervor. In 2017 they released an EP of rough demos.

Typical of most bands, there was turbulence within the band.  They looked changed members several times until they “got it right” and began to look inward and solidify their musical philosophy by writing original music that reflected their lives.

Regrouping, they took first place in a San Antonio battle of the bands, and quickly released their first music video for their song “We.”  On June 23rd, 2018 they release their first full-length album, entitled Interrobang, recorded at Westfall Recording in Austin, Texas.

Shaw’s full contralto voice has a sweetness but still carries the same spellbinding fullness of a Shirley Manson (of Garbage.)  The band has just concluded a summer full of shows across central Texas in several cities, and is active booking gigs and writing music and – of course — getting asked what their name means.

You can find updates on The Milk Theory on Instagram (@The album is available for streaming or download on almost all music platforms including iTunes, Apple Music, and Spotify.themilktheoryband) and Twitter (@themilktheory) as well as their website: www.themilktheory.onuniverse.com.

RHYTHM is delighted to work with this very young but very talented group – unless something untoward should happen, you will hear a lot more about – and from – them soon.

Loquantur RHYTHM is committed to connecting and communicating readers to a diverse range of current music, just as our company is dedicated to helping our clients have the flexibility and scope of communications services they need to succeed.