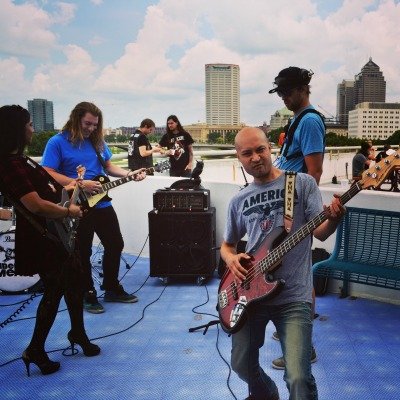 This is a band with two names: Liberty Mean AND Mock and Roll… How did that happen?

It’s all about the movies. This VERY talented band played as Liberty Means in the movie “Mock and Roll.” As that fictional band they are following, albeit from a little distance “This is Spinal Tap”. And they are humble enough to try to avoid such comparisons.

Liberty Mean’s members are Robin, Rick, Tom, and Bun and they are … clueless! In the movie, they parody the songs of Central Ohio’s favorite rock band, the Black Owls and are set out to make it on stage at the South-By-Southwest Music Festival, BUT their plan is interrupted, putting their music careers — and lives — in jeopardy.

Meanwhile, no matter what they call themselves, this group is great, featuring a wailing female lead singer and serious Rock chops, even though one of the songs from the film is a little…interesting,. The title is “I May Eat Some Bacon” and fits in with the “clueless” persona of the fictional Liberty Means.

PS: We love the Columbus Skyline in the background!

More About Liberty Mean on the Movie Sites at:
http://www.imdb.com/title/tt5875748/
http://www.mockandrollthefilm.com/ 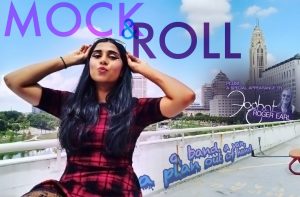 See what reviewers are saying about Mock and Roll: