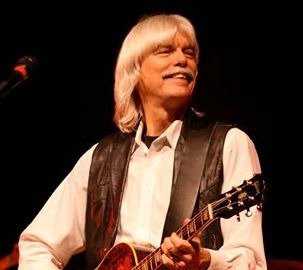 A singer-songwriter who now resides in Delaware, Ohio.

Jasey has toured extensively in this country and abroad. He started young and was highly successful in the Philadelphia folk scene. In fact, the renowned singer Jim Croce once opened for Jasey at the legendary Main Point venue in the Philly suburb of Bryn Mawr, Pennsylvania.

The first song of Jasey’s that hit the recording charts was “Sing Me That Rock And Roll” for the Kansas City Jammers.

Later, he worked with Eddie Rabbitt AND won an ASCAP award for the top-ten country hit, “Nothing Like Falling In Love.” His song, “You Are Not Alone” helped the Washington Squares get a Grammy nomination for the best contemporary folk recording.

He has also written for radio, television and film. His instrumental composition, “Evolution,” is the theme song for the nationally-syndicated television series, “Songs at the Center” on PBS.