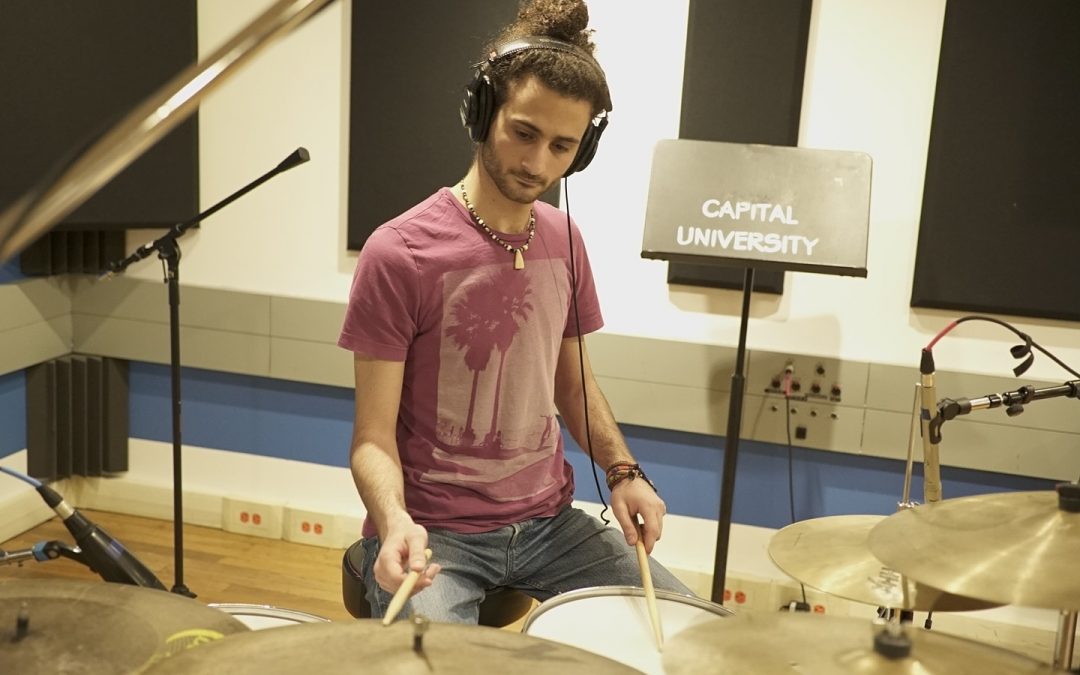 Ayman Abi Kheir is a Lebanese singer/songwriter from Dhoûr Ech Choueïr, Mont-Liban, Lebanon who is now working and playing in Columbus, Ohio, while living in Bexley.

He has a distinguished academic background, having studied at Notre Dame University – Louaize, Saint Joseph School Cornet Chehwan and currently is studying Jazz at Capital University.

He is a stellar percussionist, who has gathered a group of talented musicians together to produce his first album – Zayzafoon.  “Zayzafoon” is a Lebanese word which refers to the linden tea plant which grows naturally in Lebanon.  This plant has many health benefits including antioxidants.  It was chosen as the album’s name because the music infused in it is intended to produce organic and nostalgic feelings listeners as it works its way into their consciousness,  reflecting the mysterious beauty of the human soul.

(15$ entrance fee includes a CD of the album – and a drink of linden tea. You are encouraged to bring snacks – and any other drinks you might want, meet with the musicians and friends, and enjoy the live music.) 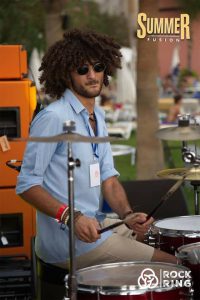 Zayzafoon includes a single, “Pine,” a song inspired by the beauty and authenticity of Ayman’s Lebanese hometown, Dhour Shweir, and its magical pine forests. The music was recorded during the winter and spring of 2019 at the prestigious studios of Capital University in Columbus, Ohio, USA. 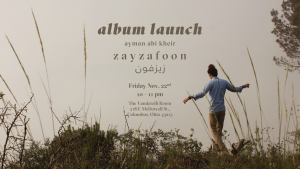 It features accomplished Columbus-based musicians whom Ayman has met during his stay in Columbus including Nathan Baker on saxophone, Christopher Dooley on guitar, Jacob Campbell on Keyboard, William Strickler on Upright and Electric Bass, and – of course — Ayman Abi Kheir himself on Drum Set and Percussion.

Ayman wants to give special thanks, dedicated to all the people who helped in this album’s accomplishment: Jacob Masi (Sound Engineer, Mixing and Mastering), Alex Hamilton (Sound Crew), Carlee Kime (Sound Crew), and Riley McKee (Sound Crew) – and to all the friends who shared their love, support, and on field help with the music videos and album art!

The album will be available on all online streaming platforms